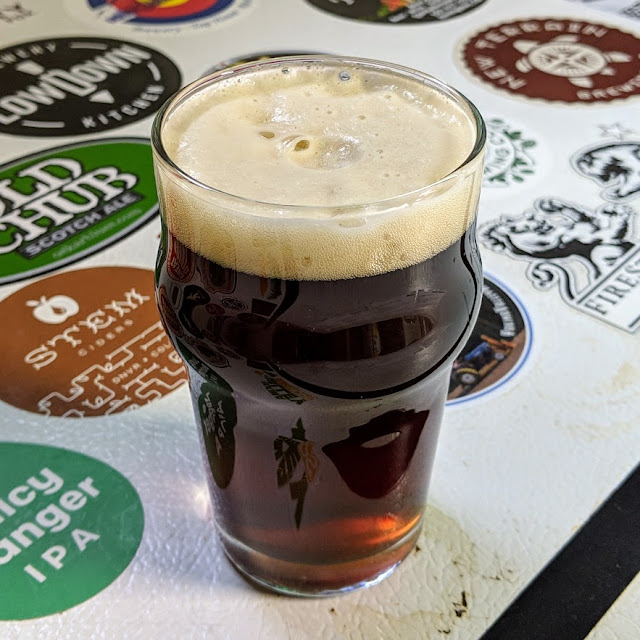 Mostly a British brown with Maris Otter as the base malt, English Brown, Crystal 120 and Pale Chocolate malts, and a dry English yeast: SafAle S-04. Then for the American component I added ~3g/L of Simcoe in the late boil for some extra hop character.

Hopefully the extra dose of Simcoe won't be too much to push it into Brown IPA territory, but rather a gentle reminder that this has something extra over a standard British brown. 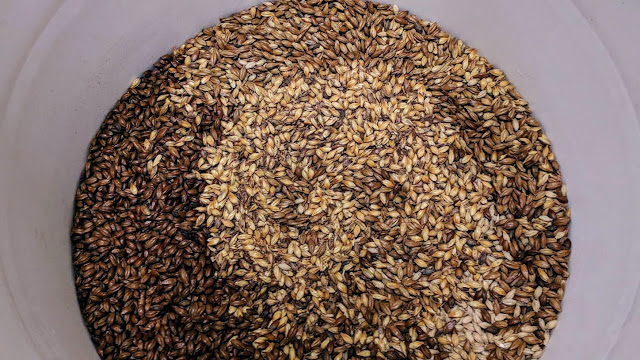 Brewday beer: Berry Passion Berliner from 4 Noses. Not a big fruit beer fan but this is pretty decent. Nice amount of fruit and light tartness. Dry and low ABV. 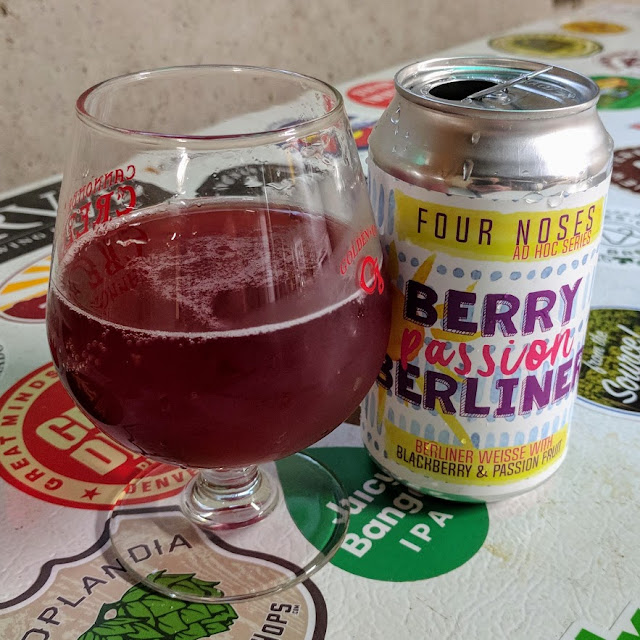 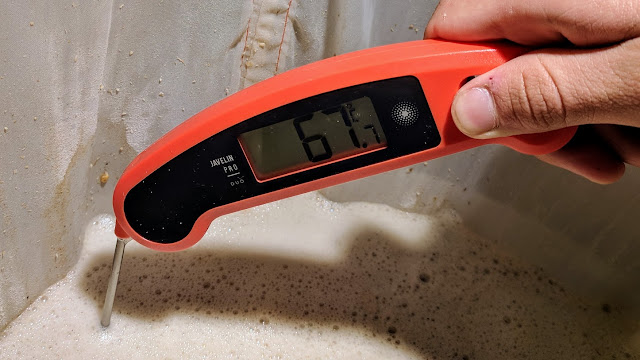 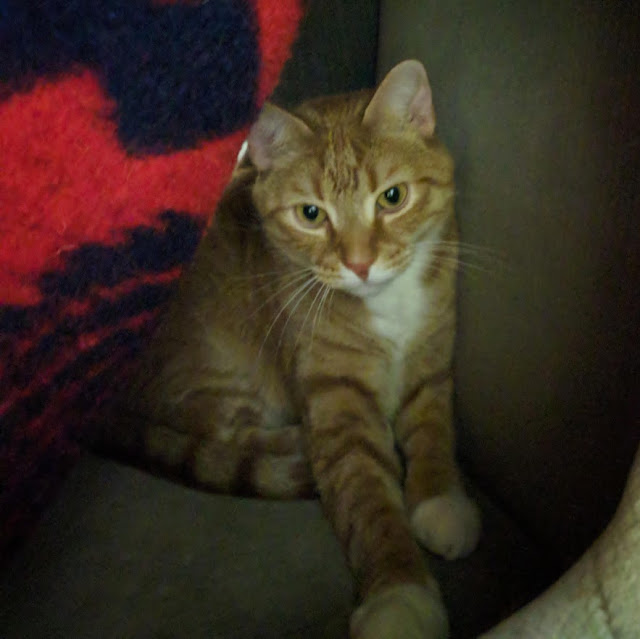 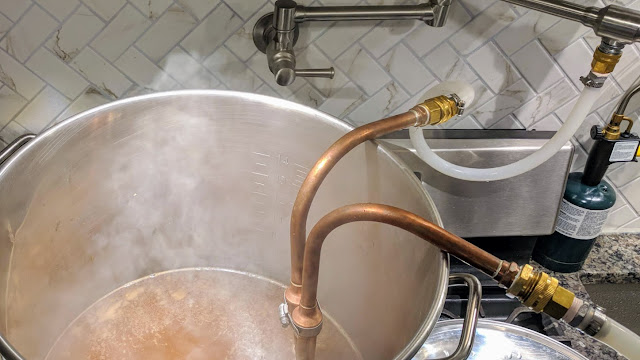 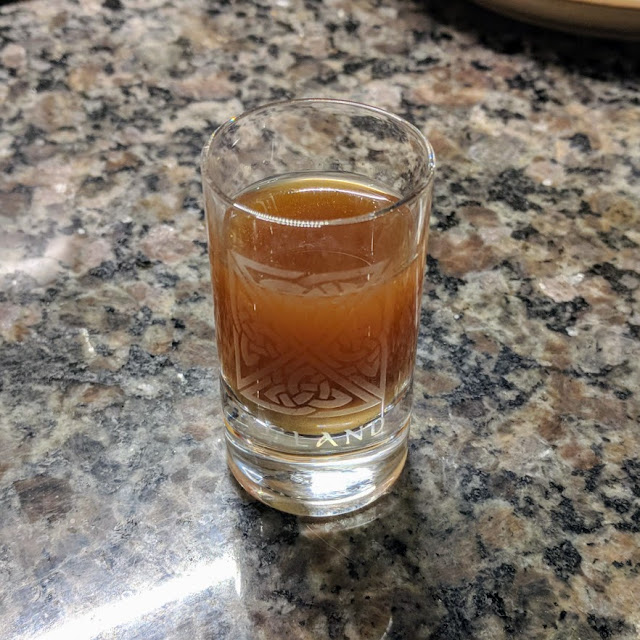 Don't leave the valve open on the Speidel when transferring in wort. Not the first time I've done it. Won't be the last. 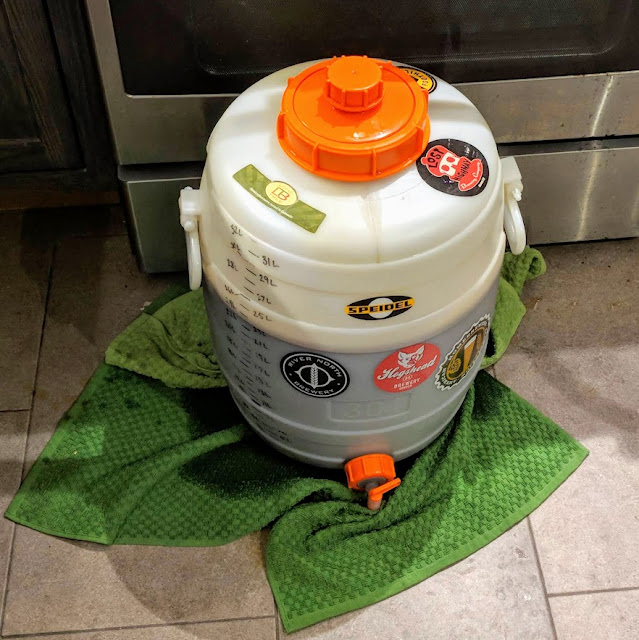 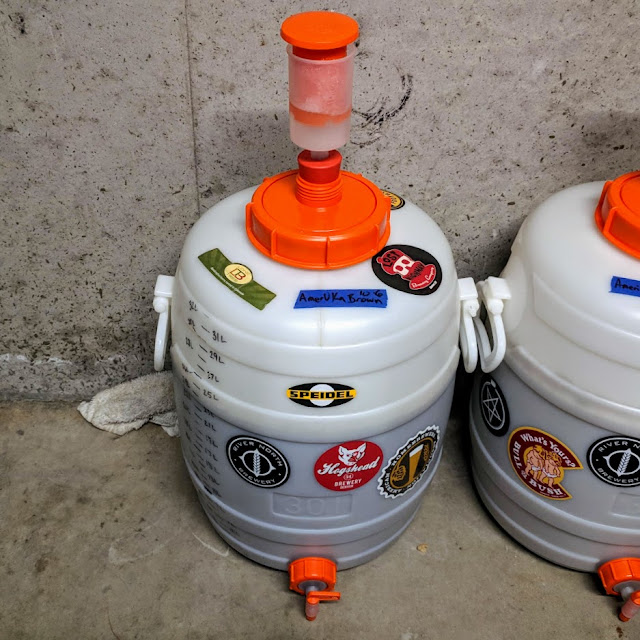 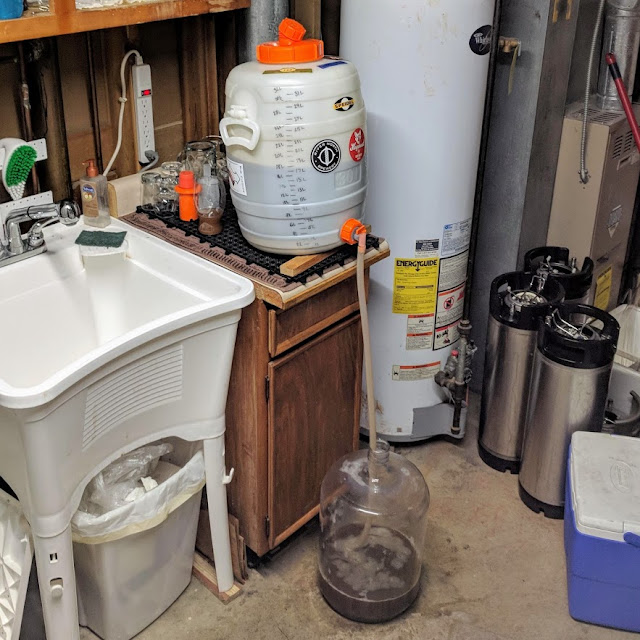 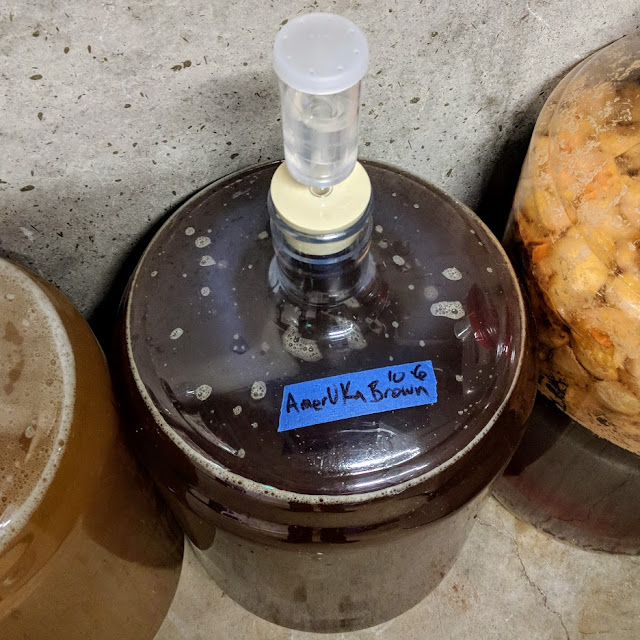 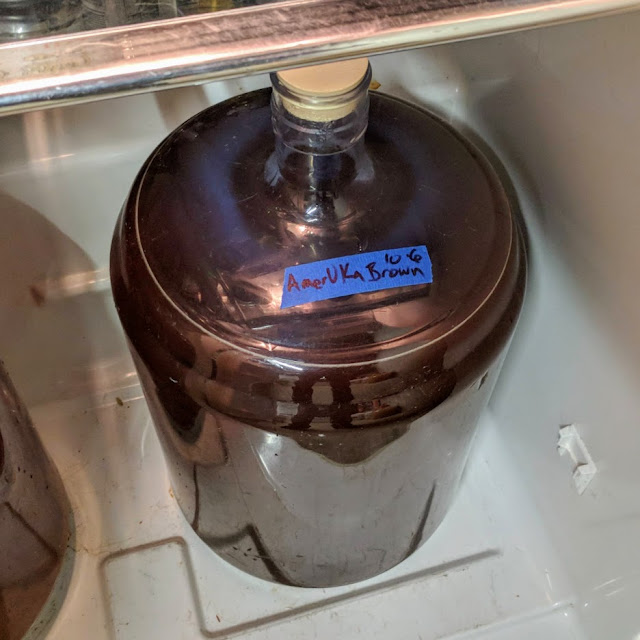 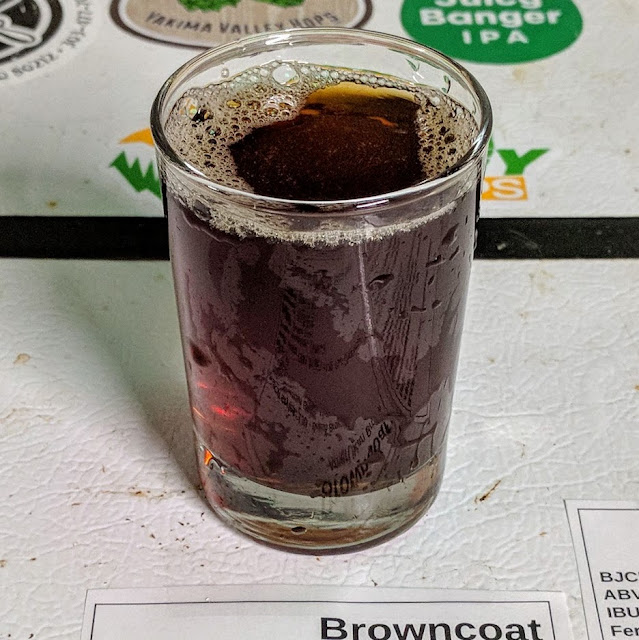 2018-10-18 (+12) - fully carbonated, clear, and tasting like a brown. Not getting much Simcoe; the malt takes over, but it's overall balanced and very drinkable. 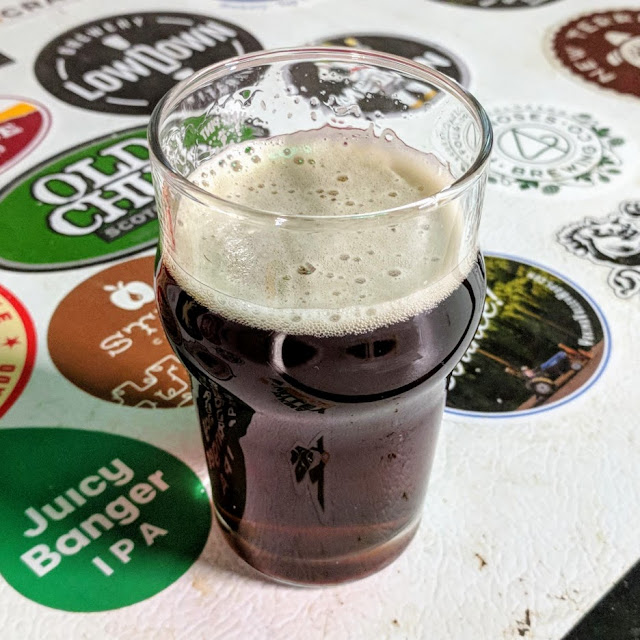