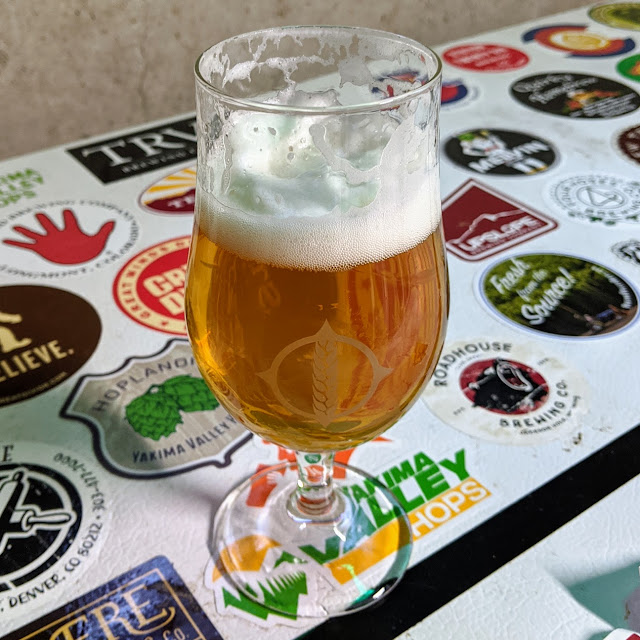 If I'm being honest with myself, IPA is why I started homebrewing. My first brew back in January of 2013 was a clone of Sierra Nevada's Celebration which is a fresh hop red IPA. I've probably made more IPAs than any other style. My wife accuses me of having destroyed my taste buds by nuking them with hops every chance I get.

Out of all the IPAs I've made, some have been great, some just ok, one or two have been outstanding. However, since I never brew the same thing once, consistency has been hit or miss. This latest IPA series is an attempt to dial in and settle on a recipe I can reliably make time after time. This version, #7 is the first to 99% (I used the remainder of a bag of Citra in the dry hop so there's 60g more than last time) copy one of the previous batches. That means we're getting close, right?

This recipe is mostly inspired by a local Denver beer: Station 26's Juicy Banger. Juicy Banger is lighter bodied yet slightly sweet. Hence the name, it smells and tastes juicy. Massive amounts of citrus and tropical fruits explode out of the aroma and flavor. From the description on the brewery's menu, this is due to huge additions (I'm assuming) of Centennial, Citra, and Mosaic hops. 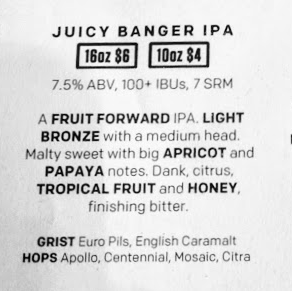 Using Apollo for bittering, I have been adding 120g (5g/L) of Centennial in the late boil at 5 minutes, then carpet bombing the dry hop with 240g (10g/L) or more of Citra and Mosaic.

The malts are different from what Station 26 uses, I start with a 2-row base and add 5% Munich and 2% honey malt which rounds out the body and adds a slight sweetness. This combo comes from the MACC IPA kit at brulosophy albeit with less Munich and honey malts. 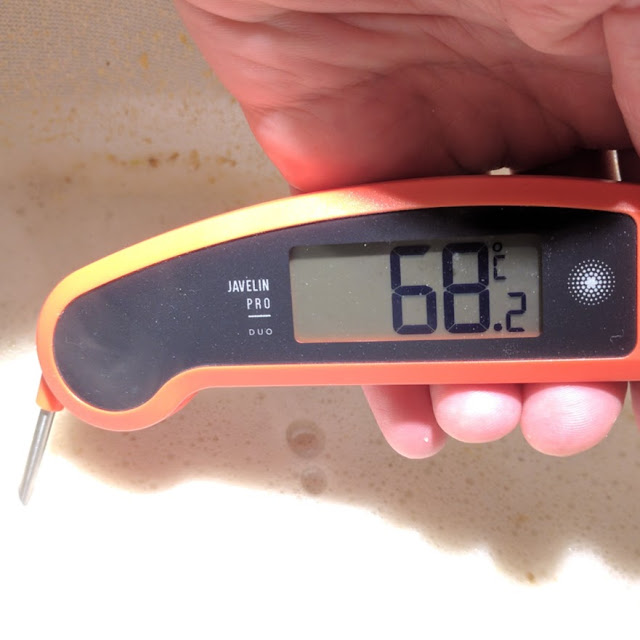 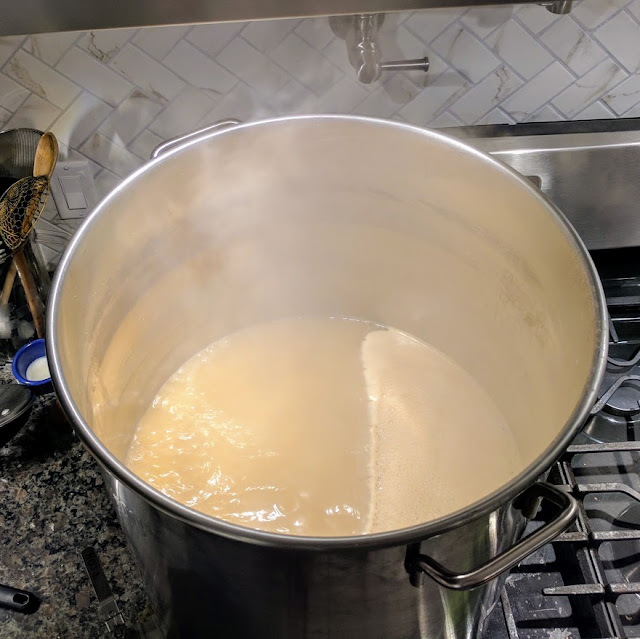 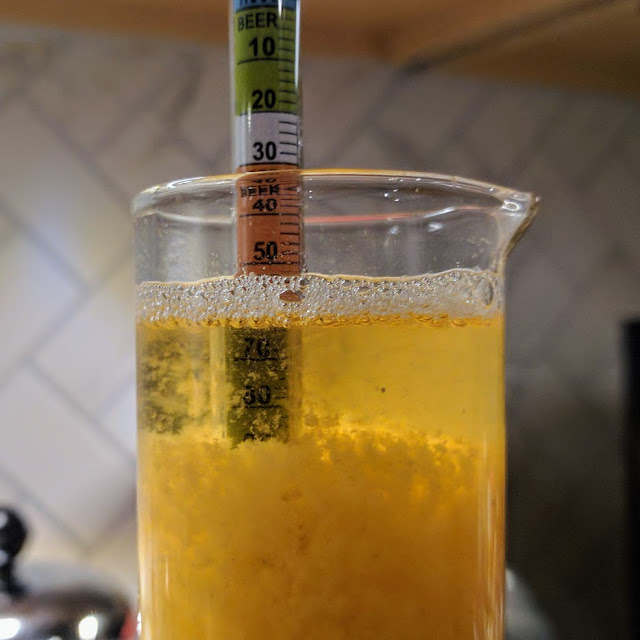 And I'm still trying to get my refractometer to give me something consistent... still don't trust it 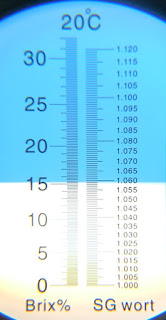 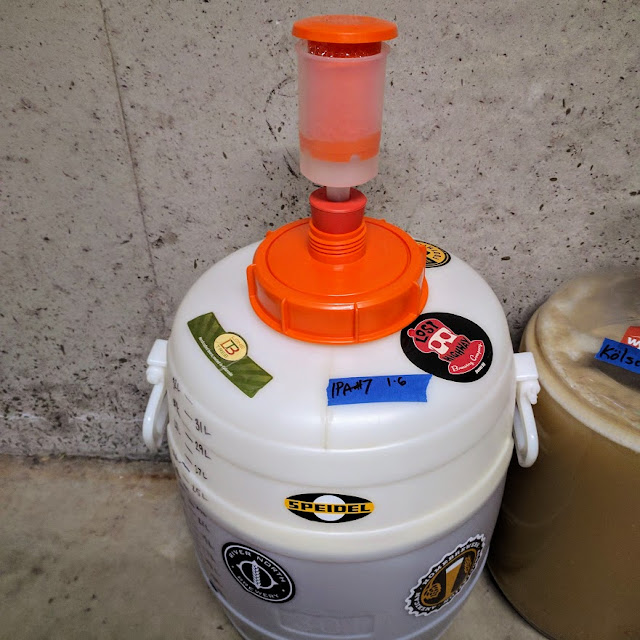 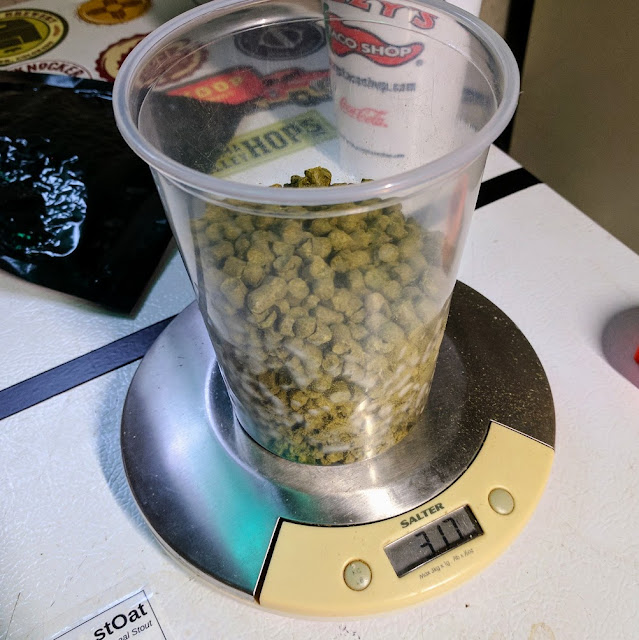 Kegging after 2 day cold crash, and 1 day of gelatin 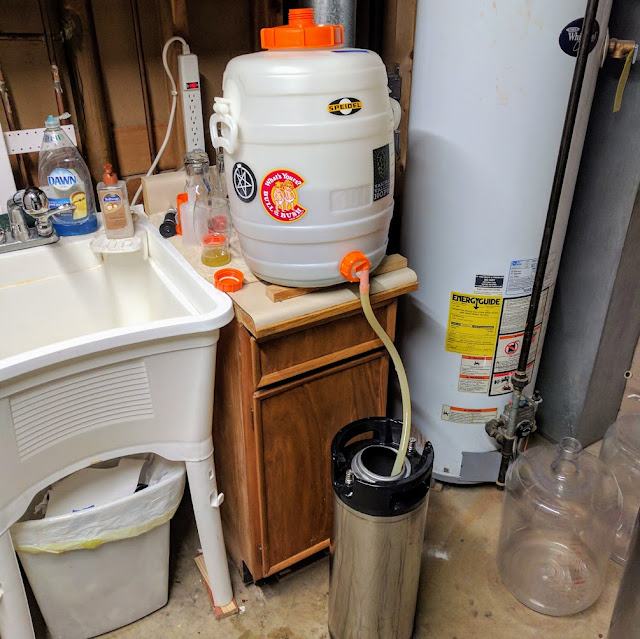 Still not fully carbed but getting there. It got about 20hrs at 42psi before dialing back to 12psi for serving. 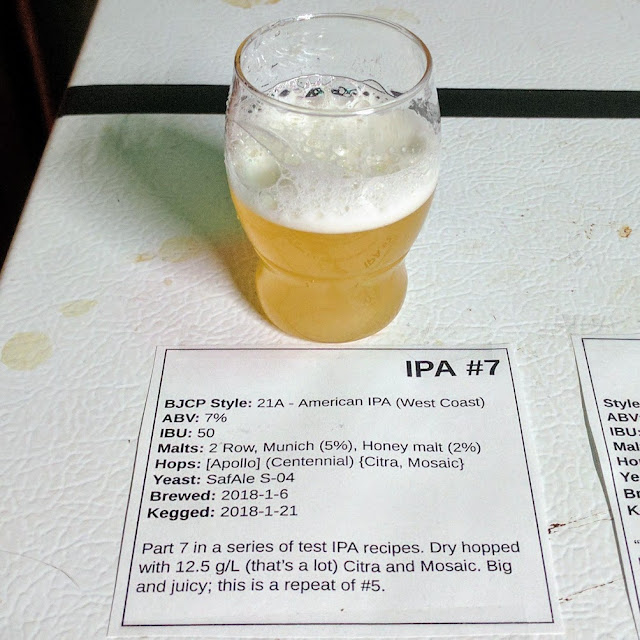 Early samples are tasting good - big tropical fruit punch flavors and aroma. Should be settled and about 90% carbonated tonight so I'll give it a try and report back.

2018-2-3 update. Last pic before the keg kicked. That's right. It didn't last 2 weeks. Somebody liked it. Here's a slightly out of focus shot from the party that killed the keg. Actually I think the camera just focused on the text instead of the foam.
Beer was fantastic, good reproduction of my results from IPA #5. Next batch I think I'll do Citra and Nelson. 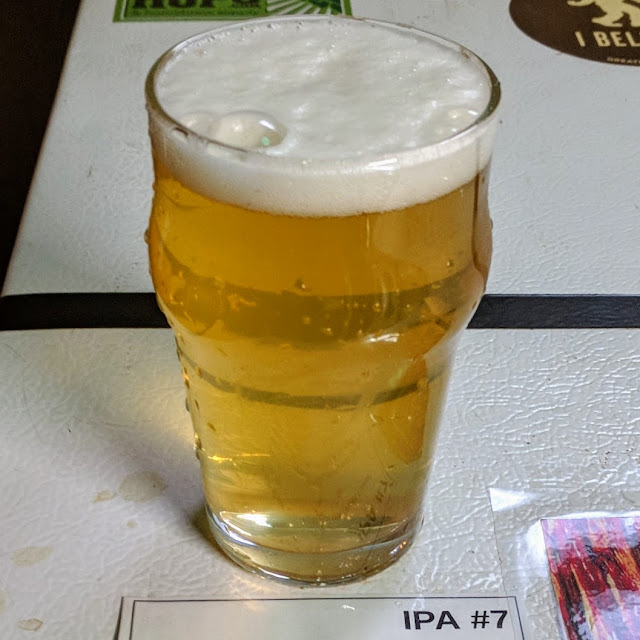